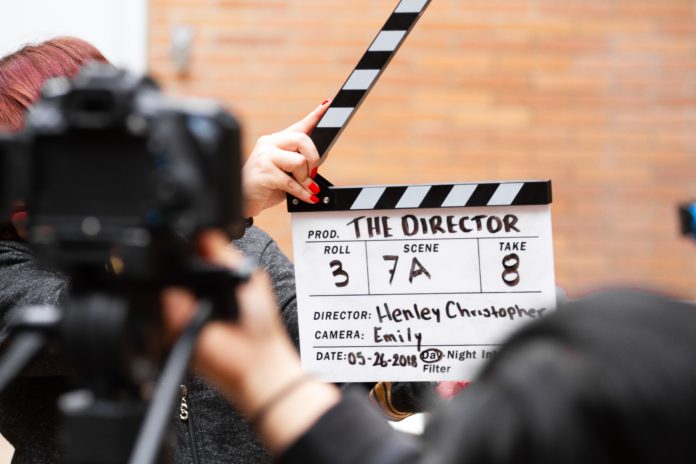 Traditionally, filmmaking has relied on manual storyboarding as an early stage of previsualization. This process entails sketching out scenes in shot-by-shot sequence to guide how the video or animation will unfold, though no actual shooting or video production takes place.

While it’s an important stage of filmmaking, manual storyboarding is a labour-intensive and expensive process that has limitations. Visual effects and animation often require change orders to improve aspects of a shot, such as lighting or camera angle, once the results can be visualized on screen. Incorporating these changes after the fact means a lot of time and work is scrapped – as much as tens of thousands of costly labour hours, especially in animation.

However, the industry has seen a shift in the practices around pre-production and previsualization. Film crews have leveraged real-time rendering to enable digital storyboarding technology. This allows artists and production teams to see the results of their work in real time and offers a more efficient process to guide film production, significantly reducing time, labour hours and cost. This is much improved from the days of seeing an actor against a green screen and imagining how the final shot will appear. With digital storyboarding and real-time rendering, the film crew can simply look at a monitor and have immediate visibility into how the shot will look on screen and adjust in real time.

How VR is changing the game

The introduction of virtual reality to film production has taken the previsualization stage of filmmaking to a whole new level of efficiency, allowing artists to work collaboratively in a virtual space.

For example, the production team for a recent blockbuster animated film conducted the entirety of its scene-building in a virtual environment. The film crew employed the use of an empty set with a large sound stage, put on VR goggles and proceeded to build each scene in a 3D environment, adjusting the characteristics of each setting virtually with their hands. For instance, if a scene was being created that took place in a grass field and the crew wanted to move the position of the sun in the sky or the rocks on the ground, a simple wave of the hand enabled these iterations to happen instantly. The crew could adjust lighting and look at the film’s digital characters directly in the eye, all with 3D visualization and virtual production, before sending their work to the artists for the final stage of building the film into a traditional animated movie. Being able to build within a virtual movie set helped accelerate their work.

For filmmakers, this process enables an unparalleled level of command and versatility to allow maximum creativity. It can also significantly drive down labour hours and cost, so long as the technology is implemented correctly.

Employing the right mix of technologies

For instance, real-time rendering requires lightning-fast infrastructure. A studio can upgrade its flash system to improve storage bandwidth for its data flow. But if the data is still being sent downstream to an overburdened network bottleneck, such as a router or switch, the increased storage space is meaningless, and your data-flow issues will not be resolved. You’ve essentially employed a garden hose to do the work of a fire hose. More complex upgrades are necessary to meet the needs for high-speed, high-intensity, real-time playback.

For media and entertainment industry (M&E) studios looking to leverage real-time rendering, a critical first step is to implement the appropriate research and development policies. This may entail investing in an R&D team or creating a new R&D department that previously may not have existed. The expertise needed for real-time rendering solutions requires oversight of many technical processes and purchases. A short, incremental approach will not work; this is a significant investment and you want to make sure your solution is set up correctly.

Implementing the solution into workflows

When dealing with real-time data flow, access to the storage technology is critical. There is often a low-latency requirement for all of this to work, which is similar to the process for rendering images. However, in rendering, as much as a two-second delay can be accommodated, while a two-second delay is problematic for working with real-time data flow.

A trusted method is to employ Dell EMC Isilon F800 all-flash scale-out NAS storage, which allows flash-based access that’s lightning speed ahead of other storage formats. The flash can handle an extreme amount of simultaneous threads, especially from the GPU, where there will be thousands of threads operating. A system with traditional spinning disks is unable to leverage the speed and keep up in a real-time manner. But keep in mind a fast network must be in place to keep up with how fast the F800 can go.

These advancements with virtual production are driven by Nvidia GPU technology. By employing this technology, CDW is providing solutions to studios across the M&E industry that are on the cutting edge of innovation and enable them to take their production practices to the next level.

Learn more about CDW’s solutions for the Media and Entertainment industry.

About the author:  Joe D’Amato is senior solutions architect for media and entertainment at CDW Canada, where he analyzes and reports on industry trends, production needs, new service offerings and market opportunities, while also building relationships and opportunities in North America. Prior to joining CDW, Joe spent more than 20 years providing technical expertise for visual effects and animation companies, and the last 12 years working exclusively in the areas of render farms and storage for producing cinematic special effects. His expertise includes rendering, storage and other infrastructure issues.