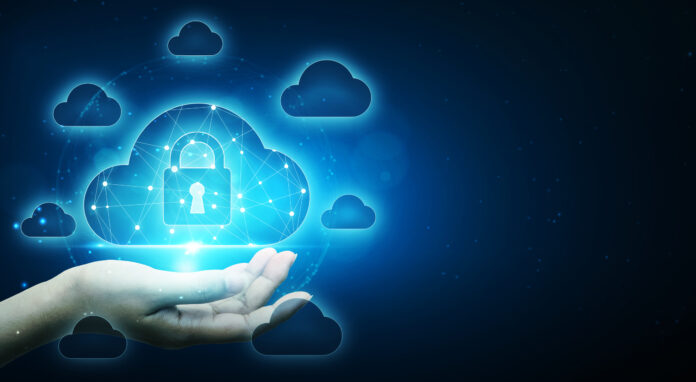 The recent shift from the traditional office to a more remote workforce model has created new challenges for organizations to ensure the security of their infrastructure. During this time, ransomware has remained at the forefront of the ongoing threat landscape for organizations. Although awareness is the first line of defence, there is a lot more that should be done by organizations in order to stop ransomware in its tracks, such as implementing cloud security solutions. This blog will examine the four stages of a cloud ransomware attack and show how a cloud access security broker (CASB) solution can help protect you every step of the way.

Why you need to be aware of ransomware

Ransomware has grown in terms of volume and sophistication. The FBI found that the cost of ransomware attacks rose by more than 200 percent to roughly $29.1 million between 2019 and 2020, according to the FBI 2020 Internet Crime Report. Meanwhile, Proofpoint’s 2021 Human Factor report revealed that ransomware attackers have changed their methods – targeting larger organizations with more to lose and more incentive to pay, in other words, “big game hunting.”

The COVID-19 pandemic has highlighted the importance of collaboration and ease of doing business. Nowadays, many organizations are primarily using cloud applications and doing their work from outside the corporate offices. But it’s not just employees that are making use of cloud apps. In a study of 2020 data with over 20 million cloud users, Proofpoint research confirmed that attackers have followed us to the cloud:

Later on, you will see how these two stats showcase the prevalence of the cloud in the initial access stage (think: cloud account compromise) and consolidation stage (think: lateral movement between cloud apps and accounts).

Preventing, detecting and remediating cloud ransomware attacks requires a comprehensive strategy. Our partners at Proofpoint provide a comprehensive solution to complement your strategy, including Threat Protection, Security Awareness and Cloud Security. Many organizations have found that a modern, integrated and people-centric CASB can play a critical role in curtailing cloud ransomware attacks, especially when combined with isolation technology.

What is a cloud access security broker (CASB) and how do they help?

CASB (pronounced cas-bee), which is an acronym for cloud access security broker, is an intermediary between users and cloud platforms that protect data in the cloud while addressing authorization and visibility concerns of corporations leveraging cloud services. The CASB term was coined originally by Gartner in 2010. As Gartner explains it, CASBs address security gaps associated with third-party cloud services and platforms that are not under your control but that process and store your data.

Modern CASBs are cloud-native and can be deployed in multiple modes. The fastest time to value is achieved through the agentless cloud API route. For more real-time traffic inspection, you can choose an agentless approach to a reverse proxy or adaptive access control that works best for IT-approved applications and unmanaged devices. The alternative is the forward proxy approach that runs a small endpoint client to inspect and control traffic on managed devices and any IT-approved and tolerated cloud app.

When dealing with ransomware attackers, you are dealing with unmanaged devices that have compromised your user’s accounts. The appropriate CASB architecture will rely on a reverse proxy or an adaptive access control approach.

What may surprise some is that email and the internet remain the primary attack vectors for ransomware. Furthermore, most ransomware attacks are multistage, with the actual encryption of the data being one of the last stages of the ransomware attack.

Proofpoint Cloud Security research teams provide customers detailed information on threats and campaigns that target cloud and web applications and accounts. According to Proofpoint’s research, ransomware attacks can be broken down into four unique, but integrated, attack vectors:

In the initial access phase, an attacker looks for a way into the organization. Although this can initiate from a software vulnerability or a remote desktop protocol access, the majority of the breaches come from social engineering through email and on the internet.

In the cloud context, we’re seeing attackers sending phishing lures to steal users’ domain, or single sign-on, account credentials. In early 2021, Proofpoint saw a vaccine scam in which malicious actors targeted dozens of different industries in the United States and Canada. The threat actors asked users to urgently confirm their email credentials to receive a COVID-19 vaccine. This was used to steal their email account credentials as the initial access to take over their account.

After successfully harvesting these credentials, threat actors will want to establish a few compromised cloud accounts. They will then use the newly compromised account to phish a few more of the compromised user’s colleagues, as employees are more likely to trust emails from their peers than from strangers.

How Proofpoint protects you in the initial access stage:

By using CASB, you can stop threat actors from taking advantage of those harvested credentials and continuing past the initial access stage.

In the consolidation phase, the attacker attempts to gain access to sensitive information on endpoints. Continuing the example of users harvesting cloud account credentials, threat actors usually attempt to discover recent contacts, sensitive data and cloud apps they can access based on the stolen credentials. After that, they’ll want to spread the ransomware laterally to infect more devices and make their ransom more valuable. For example, attackers may upload malware files into the cloud storage apps to share more widely. By sharing the ransomware through the organization’s own chat, email and cloud storage apps, threat actors are more likely to phish and infect other users.

The second part of this phase – preparation – usually involves destroying backups and stealing sensitive data and intellectual property. Lately, ransomware actors have taken to these double-extortion tactics, with the threat of releasing information if the ransom isn’t paid.

How Proofpoint protects you in the consolidation and preparation stages:

Using CASB, we can limit an attacker’s ability to move laterally and steal data for their double-extortion tactics. Leading CASBs can integrate with endpoint security solutions to extend ransomware protection across email, cloud and endpoints.

Once all the systems are identified, infected and information is collected, the threat actor then sends the ransomware payload. This normally takes place through the same channel that is being used for data exfiltration. The previously infected devices and servers have the ransomware payload downloaded, which then encrypts the drives, making them unusable. Because the threat actor normally attempts to render the backups unusable in the consolidation and preparation phase, most infected organizations are not able to rely on their backups to restore service. Once the data is encrypted, the threat actor moves onto the final phase.

Proofpoint focuses on stopping the attacker at each of the previous stages so that you can at least stop the sensitive data exfiltration, if not remediate potentially risky files and file sharing or even protect from account takeovers at the initial stage.

In this final phase, the attacker who previously stole and encrypted the data demands ransom to have the systems decrypted. Remember that the threat actor holds the decryption key that is needed to restore the systems. If the victim organization does not want to pay to have the files decrypted, the threat actor has three main areas that can be used to force payments.

The first is threatening to leak the data online, which would most likely cause irreputable damage to the business and their employees and customers due to the personal, corporate and potentially customer-sensitive information that has been stolen. The second method is to threaten to sell the exfiltrated data to the highest bidder, normally through the dark web. The outcome of selling the data means that more than one threat actor has access to the data. The third area is to threaten to send emails to the organizations’s customers and partners threatening to leak their data. This would put immense pressure on the organization to pay the ransom due to reputational damage, and potential loss of future revenue, customer loss, or loss of future sales.

Finally, the impact of having their environment down for an extended period of time can be catastrophic to an organization’s ability to maintain their business. In some cases, organizations that were attacked by ransomware could not recover from this operational downtime in an timeline that ensures the continuation of the business. That is why it is essential to invest in cloud security solutions that can mitigate a ransomware attack before it reaches this final stage.

CDW sees CASB as a great solution to close the gap between cloud security strategy and adoption. The CDW solutions team can help you select and evaluate the right CASB solution based on your specific needs and budget. If professional services are chosen, our team will also help design and implement the chosen solution.

CDW has the capability to assess and review IT general controls that require implementation with various degrees of involvement, freeing personnel to work on key business deliverables while alleviating the burden of dealing with stressful audits, complex legislative and regulatory requirements. We back up our security expertise with an array of industry and partner certifications.