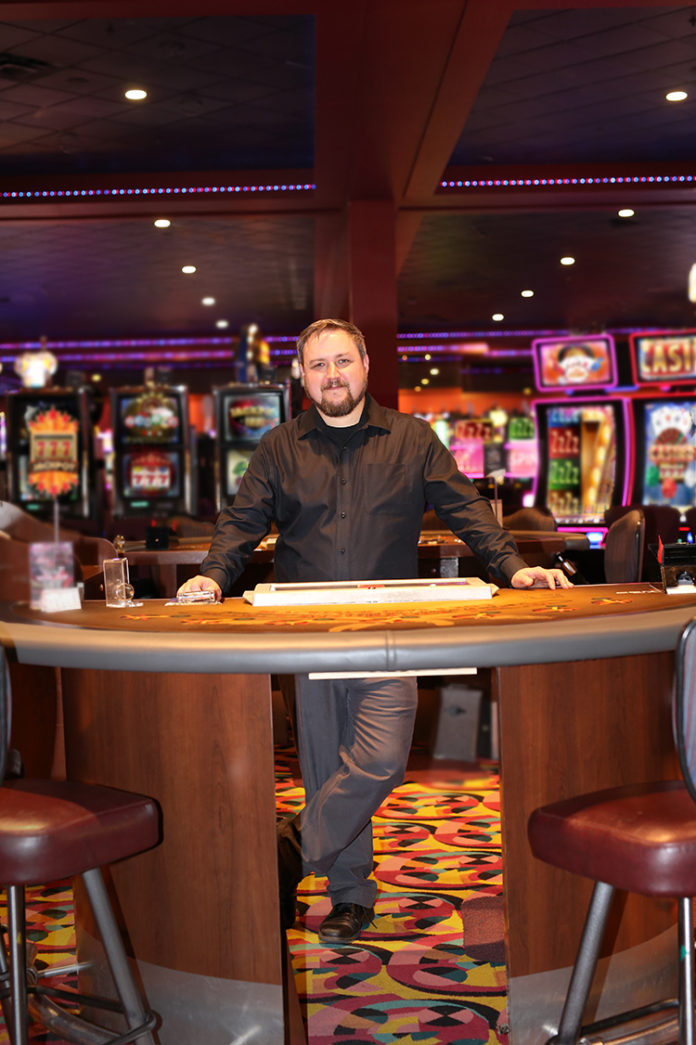 Switching offices or adding a new branch location can be a major undertaking for IT professionals, with challenges that run the gamut from choosing the right hardware for the environment to ensuring everything is working for opening day.

Century Casinos is an international Casino entertainment company that operates locations in Canada, the United States, Europe and the Caribbean. When Jeremy Gutziet, IT Manager with Century Resorts Alberta, was tasked with opening one of the company’s newest locations, he knew his IT team of five would need a network solution solid enough to support everyday operations at a new property, including a complimentary wireless network for guests.

Century Downs Racetrack and Casino in Rocky View County, north Calgary, would be Century Casinos Inc. third property in Alberta, with casinos already operating in Edmonton and Calgary. Working out of Edmonton, Gutziet’s team supports approximately 200 workstations and users, including 10 servers across the properties.

Gutziet and his team were champions of Cisco networking hardware, having deployed it throughout the other properties and existing infrastructure. They wanted Century Downs to use similar hardware.

Of particular importance was ensuring a publicly accessible wireless network provided to Racetrack and Casino guests would be robust enough to handle regular daily traffic as well as withstanding the stress of special events, when thousands of users would need to be supported.

“We wanted the best hardware so we could do what we needed to do onsite,” Gutziet said. “We had experience with Cisco equipment, but lacked a solid Cisco Canada contact and we needed guidance and expertise on which products were right for our environment.”

Gutziet contacted CDW Canada, whose Cisco experts recommended a solution that would not only suit Century Downs’ initial needs, but could scale to match the property’s future requirements as well.

“We knew we wanted to create a Cisco environment,” Gutziet said. “CDW Canada was able to work with us and architect a functional network solution that fit our business needs.”

Gutziet’s team received the hardware well within the proposed timeline, and was able to stage all the equipment. However, due to time constraints and construction schedules, the team was not given full access to the new building until approximately one month prior to opening. With a small team it was going to be a monumental task to ensure the network was ready to go for opening day.

“The second the building was released to us, we had to be up and running as soon as possible,” Gutziet said. “We must have been pulling 16- to 18-hour days for the implementation.”

Gutziet enlisted CDW Canada Services to assist with the installation of the equipment and to ensure it was properly configured. “Being able to rely on CDW Canada was an asset because there was just too much going on,” Gutziet said.

Having CDW Canada Services’ support freed Gutziet and his team to set up their users on workstations and focus on other aspects of the site opening.

“Once we had all the equipment in racks, CDW Canada sent a specialist to make sure everything was working,” Gutziet said. “They got the network working and established all the VPN tunnels we needed to connect to the other properties. There were no hiccups at all.”

A Network Built for the Future

A year into the deployment, the network has been a resounding success. Gutziet views it as the flagship network of all the properties.

“We have the ability to do everything we want at a site like Century Downs, where there is so much going on — with event spaces, horse racing outside — a year later, it’s going really well,” Gutziet explains. “When we are approached to add exclusive wireless for special events, we don’t have to worry about anything, we have the technology to set it up without issue.”

Gutziet said he believes starting with a robust network means his company will end up spending less later on. “We made smart choices so we don’t have to implement a lot of new technology moving forward,” he said.

Since the opening of Century Downs, Century Casinos Inc. recently opened Century Casinos St. Albert. The Century casino team continues to consult with CDW Canada for its day-to-day needs. “I am confident the CDW Canada team will continue to recommend technology solutions to support our business.”