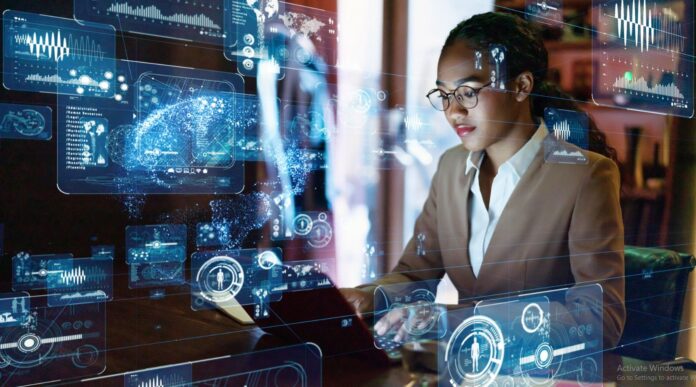 Organizations across the globe have embraced artificial intelligence, adopting production software and tools that leverage computer learning to automate and streamline essential business processes. However, few have deployed the technology within another space that is no less important than the shop floor: the information technology department.

Security firms and software makers have embraced AI-powered data security tools, as these critical fixtures give users the power to protect their online assets without relying on the presence of human IT personnel. Unfortunately, those outside of the cybersecurity sector have yet to show enthusiasm about AI-based digital defenses. Tech Pro Research surveyed almost 300 top-level IT professionals. Approximately 19 percent attested to working with AI technology, a strong figure. Even so, most ranked data security as its fourth most important use, behind sales forecasting, consumer behaviour analysis and general research.

With the sheer number of digital threats materializing daily, businesses owe it to their customers and partners to shore up their servers with the innovative new data security tools, and that means taking a meaningful look at AI. Just how is this technology helping organizations defend their data caches?

Extra eyes on the inside

Monitoring is a central component of most data security strategies. Often, IT specialists handle this duty, searching servers and networks for suspicious activity. Even then, things slip through the cracks, as it’s impossible for humans to catch every blip on the radar. Plus, it can be difficult for security personnel to pick separate legitimate threats from relatively minor penetrations. Together, these variables complicate things considerably and make it hard to properly protect internal networking infrastructure.

AI-based security technology addresses this issue, according to TechCrunch. How? It can continuously watch over systems and print out only the most serious occurrences of questionable server activity. This capability alone helps organizations save time and money, as analysts can quickly scan the data and decide whether or not mitigation is needed.

However, these advanced tools do more than narrow down unstructured breach information – they also learn from it. After taking in terabytes of penetration data, the software commits it to memory and uses it as context for new data. This process is repeated over and over again. With each new bit of information, the solution’s monitoring and data review capabilities get sharper.

Think about the system as a virtual analyst

The Computer Science and Artificial Intelligence Laboratory at the Massachusetts Institute of Technology is at the forefront of this technology. The institution publicized new research on a system called AI2, which can predict 85 percent of cyberattacks based on human input, MIT News reported.

“You can think about the system as a virtual analyst,” Ignacio Arnaldo, chief data scientist at PatternEx, the firm partnering with MIT on the AI2 project, told the publication. “It continuously generates new models that it can refine in as little as a few hours, meaning it can improve its detection rates significantly and rapidly.”

Platforms like AI2 open up new opportunities for enterprises looking to maximize the accuracy and efficiency of their data security efforts.

AI-equipped software may soon have the ability to act on breach data and implement automated mitigation techniques, all without help from human analysts, according to Dark Reading. This would transform the data security space and allow companies to more easily guard online resources. Alas, this capability is years off. Even solutions such as AI2 see limited use, as designers perfect their code and fine-tune them for mass distribution. However, it is clear that AI will find its way into IT control centres in the years to come, as its capabilities are just too advanced to ignore, CIO reported.

“The processes behind threat intelligence and breach discovery have remained incredibly slow due to the need for a human element,” biometric security specialist George Avetisov told the magazine. “AI is transforming the speed at which threats are identified and attacks are mitigated by greatly increasing the speed at which such intelligence is processed.”  Soon, enterprise cloud servers could be crawling with sentient threat-detectors, allowing organizations to avoid breaches and extra IT costs.

How Aruba Wi-Fi Solutions Give Your Small Business an Edge