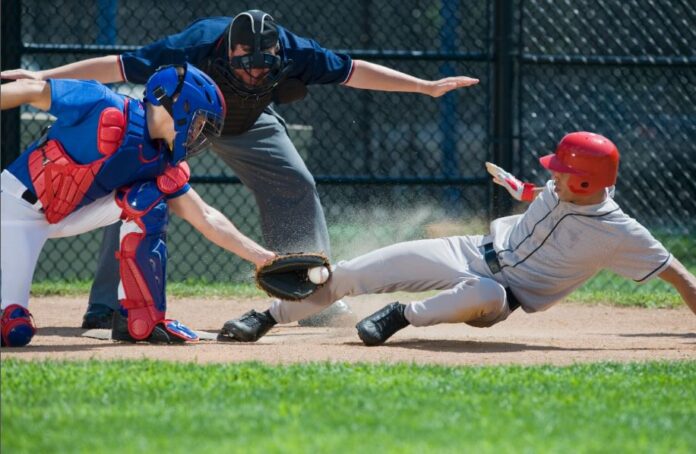 When the Arizona Diamondbacks played their home opener against the Los Angeles Dodgers on July 30, fans had to watch from home. But the club is working on some ways for people to attend virtually all season long.

During the seventh inning stretch, for example, the team will invite fans to log in to a Zoom videoconference so they can sing “Take Me Out to the Ball Game” and be shown live on Chase Field’s video scoreboard in centre field, says Diamondbacks CEO Derrick Hall in an interview with BizTech magazine.

“The players, staff and media will see them, and hopefully, the broadcast will pick that up,” he says. “We are trying to bring people from their homes into the ballpark, and the best way to do that is through Zoom.”

That’s just one of the many creative ways the Diamondbacks and other Major League Baseball teams will use technology to engage with fans during this pandemic-shortened, 60-game season.

Teams will pipe in prerecorded crowd noise, so even though the stadiums are empty, they won’t have to play in silence. In fact, the league will allow fans to influence the level of noise by clicking on a mobile app to cheer, clap or boo, according to at least one report. Ballpark staff will be able to view fan sentiment on a dashboard and adjust the crowd noise in real time.

The Diamondbacks will also invite fans to send video messages and will air them on the scoreboard throughout games, Hall says.

Games broadcast by Fox will even include digitally created fans sitting in the stands; the broadcaster tells The Associated Press that the digital fans will be able to high-five each other, do the wave and more.

“With no fans at the ballpark, our biggest challenge is to make sure it’s as normal as possible to the players and staff on the field as well as the viewing audience,” Hall says. “We want it to sound real and we want it to look real.”

That includes virtual ceremonial first pitches. The team plans to show a prerecorded video of a fan throwing out a ball, and then cut to a live shot of the catcher at home plate catching a ball. The result would look seamless on the video board at the stadium and at home, he says.

To further connect with fans, the Diamondbacks received permission from the league to create their own interactive games on the MLB Ballpark app.

Fans can play trivia and classic memory games against all other fans or create their own groups and just play with family and friends. They can win daily and end-of-season prizes, such as experiences at the ballpark, Hall says.

How MLB Teams Will Keep People Safe in Ballparks

Teams are also complying with strict health protocols and are taking advantage of technology to help keep players, coaches and employees safe.

The Diamondbacks, for example, have turned the Chase Field interview room into a Zoom Room. The team has installed videoconferencing equipment, a computer and a large TV screen in the room, so players, the manager and coaches can do interviews with remote journalists.

With coronavirus infections still rising across the U.S., the team wants to keep players, coaches and medical staff as safe and as isolated as possible, so only essential staff will be going to the ballpark for the first few homestands, and possibly for the entire season, Hall says. Other staffers may be allowed to return to the ballpark if the pandemic situation improves later in the season.

The Diamondbacks’ IT team has built a COVID-19 mobile app for contact tracing and to screen the health of office employees who need to go to the stadium. Before going in every day, employees will need to launch the app and answer some general questions about their health and how they are feeling. Once they pass, they will also get their temperature checked with a thermometer before they can enter the ballpark, he says.

Employees will also report each day on where they went in the stadium and with whom they came in contact. That will help with contact tracing if someone tests positive for COVID-19, Hall says.

The Diamondbacks’ 400 office employees have worked from home since mid-March and will continue to telecommute as the season starts. This spring, the club invested in technology to support employees who suddenly needed to work from home full time. The IT staff purchased more laptops, beefed up its firewalls and storage area network and added more VPNs so employees can access important applications and files remotely and securely, Hall says.

Employees use Microsoft Teams and Zoom for communication and collaboration, Hall says. The IT staff also has redirected office phone calls to employees’ home phones or cellphones. IT staff has also provided security awareness training to remind employees to change passwords regularly and to avoid phishing scams.

Hall says he’s impressed with how productive he and the staff have been while working from home and will look into allowing staff to telecommute more often when the pandemic is over.

“It’s remarkable how much we are getting done and how effective it’s been,” he says. “It’s been a success.”

When fans are once again allowed into the ballpark, the Diamondbacks will also continue with some of the new fan engagement strategies that the team has developed.

“There’s got to be a nice balance between those outside the ballpark and being connected inside. It’s the future, and it’s where we should be going,” Hall says.

“Big-picture, it’s unfortunate that we’ve had to go through this. But it has allowed us to think outside the box to bring creativity and technology into the ballpark like never before, so we can engage with fans and our players and staff as well.”

Docking Station Alternatives: How to Create a Productive Workstation

Why is Digital Signage Important Today?

The Future Workplace – a Canadian Perspective