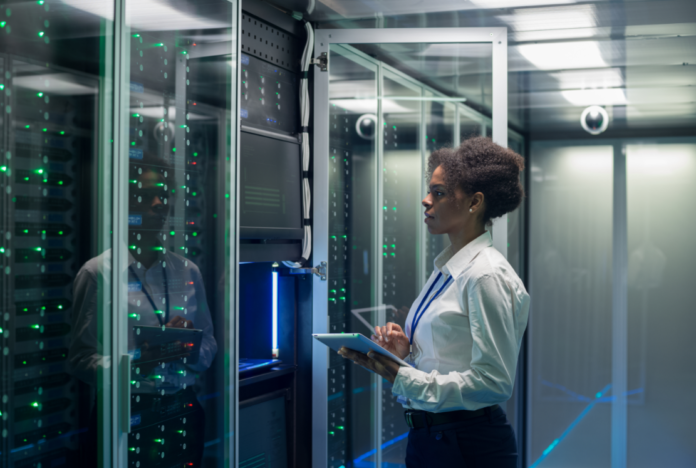 Today, the world faces an increasingly complex cybersecurity landscape, defined by an unprecedented number of internet-connected devices — the number of which is expected to reach nearly 30 billion within the next three years.

With this increased connectivity, there are more opportunities and avenues for bad actors of all types — from nation-states and cybercriminals to insiders and hacktivists — to identify and exploit vulnerabilities.

Why ransomware is on the rise

The odds seem stacked in favor of bad actors — who, after all, must find only one weakness, while defenders must lock down everything. So, the attacks and attempted attacks continue at a rapid clip. One insurance company found that ransomware attacks on large companies, for example, soared 105 percent in the first quarter of 2019 compared to a year ago.

Compounding matters is that the sheer amount of data at stake is growing by leaps and bounds. Research firm IDC has predicted that the world’s total aggregated data will grow to 175 zettabytes in 2025 from 33ZB in 2018. One zettabyte is a thousand exabytes of data and has been described as a number equal to all the grains of sand on the world’s beaches.

Government agencies and other enterprises are overwhelmed by this prospect and, despite years of investment and experience, continue to struggle with how to manage these risks. The best response is to minimize risk by out-innovating the bad actors. Only the technology sector has the experience, agility and speed to keep up and protect against ever-growing cyberthreats.

how to Shift the Balance of Power in Cybersecurity

In the past decade, the cyberthreat landscape was tilted in favour of the bad guys, but the scenario is changing: Second-generation cloud architectures, powered by built-in artificial intelligence and machine learning, are driving a new era of data security.

Traditionally, governments and businesses relied on custom-built IT environments that are impossible to fully defend because they typically run a wide variety of hardware and networking gear as well as software from multiple vendors and vintages. That mix requires many different patches and updates from different sources to be acquired, managed and applied manually. Homogeneous cloud environments, on the other hand, eliminate many of those variables and are thus easier to update and secure.

Autonomous technology that can rapidly and automatically apply patches and updates as soon as they are available will also alleviate many issues. Many past breaches occurred because software fixes were not applied in a timely manner.

A few years ago, security concerns inhibited cloud adoption because corporate IT people accustomed to managing their own servers and software felt they were best equipped to secure them. By now, most of those tech pros realize they are better off trusting that work to large providers that have more technical and financial resources to safeguard their systems.

In addition, capitalizing on embedded AI/ML capabilities enhances security significantly by addressing problems of scale, human error and response time, and also frees the workforce for more strategic, value-added tasks. ML technology is far better able to pinpoint anomalies that might indicate an attack by poring through reams of logs than any person or persons, no matter how adept, could be. The human eye can only take in so much.

Security threats are significant and getting tougher. But our ability to respond quickly, to secure data and to make sure that we’ve concentrated the right resources to defend and respond to attacks is also growing. Thanks to continued innovation in enterprise cloud architecture, we have an opportunity to prevail against today’s threats.

What that means is that the model has flipped: Security fears once deterred migration to cloud; now, security has become a top reason to make that migration.

To learn how CDW can help you manage security while supporting your business, visit CDW.ca/security

4 Expert Tips to Respond to a Cyberattack